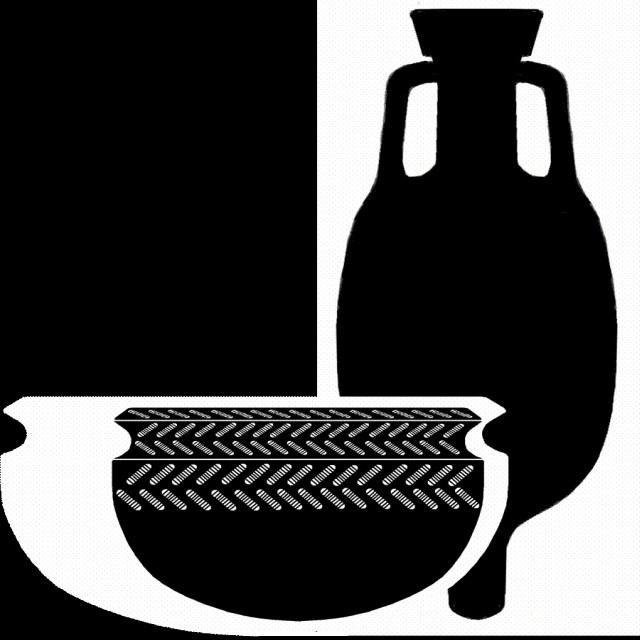 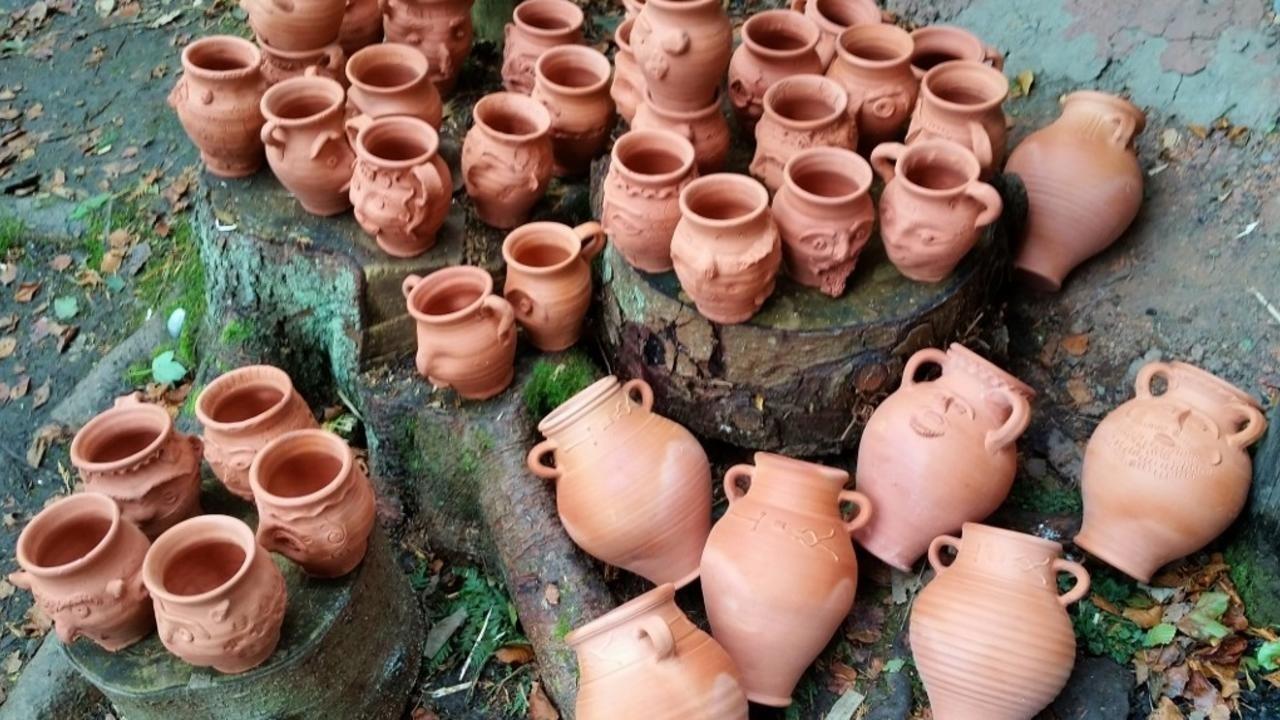 It's just over three years since we built the replica Roman Pottery Kiln and began running pottery Workshops at Vindolanda Roman Fort and Museum, near to Hadrians Wall.  I feel so privileged to work with the team at this amazing site it's proved to be a wonderfully fruitful collaboration. The kiln was built and has been fired and maintained with the help of a very enthusiastic team of Vindolanda volunteers. The kiln which is now a permanent feature of the museum, is sited in the valley, beside the burn, near to the museum and visitor centre, so look out for it next time you're there. 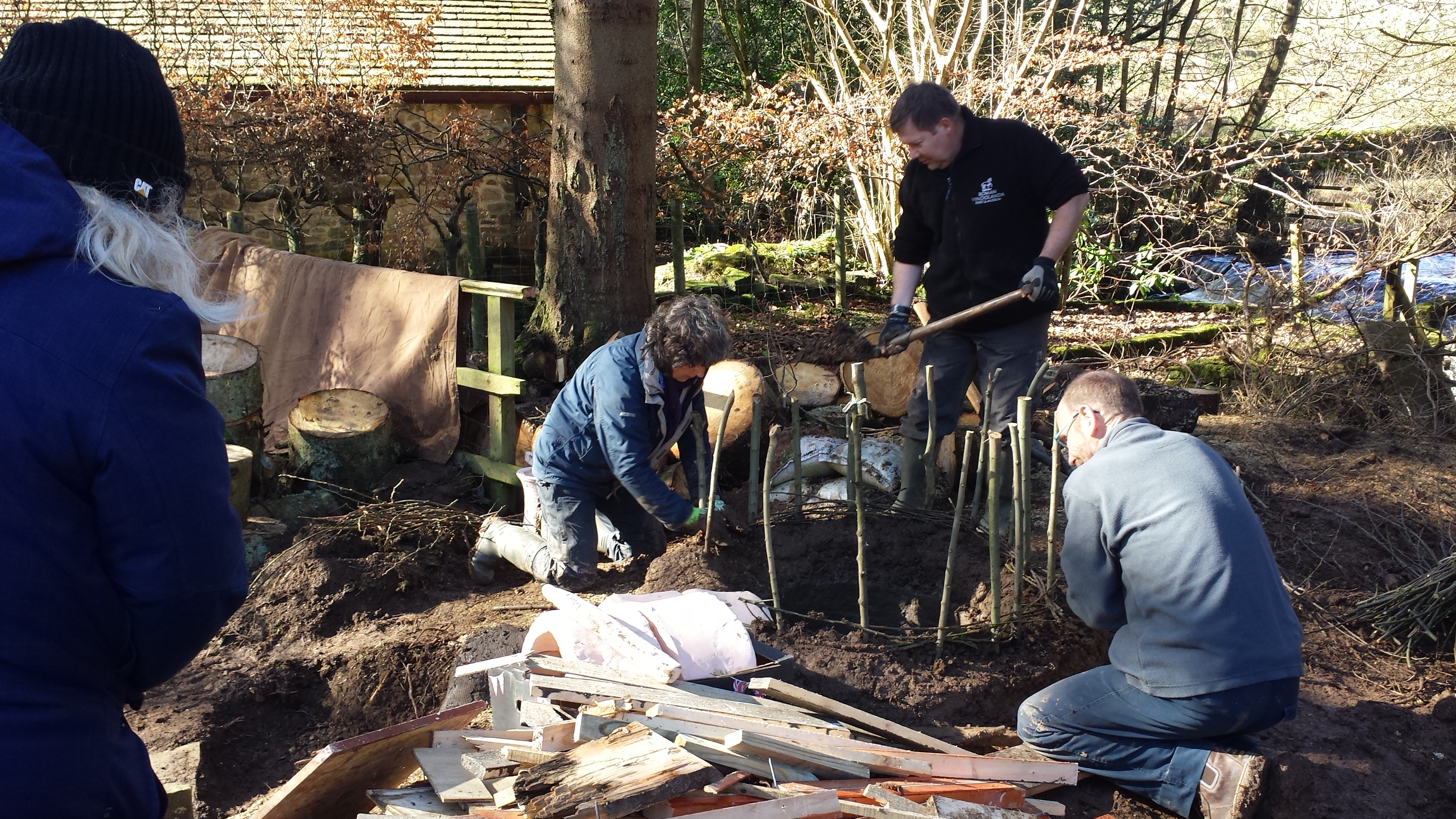 This fully functional replica of a Roman up-draft pottery kiln, is based on information gained from the excavation of such kilns at archaeological sites across the North of England. 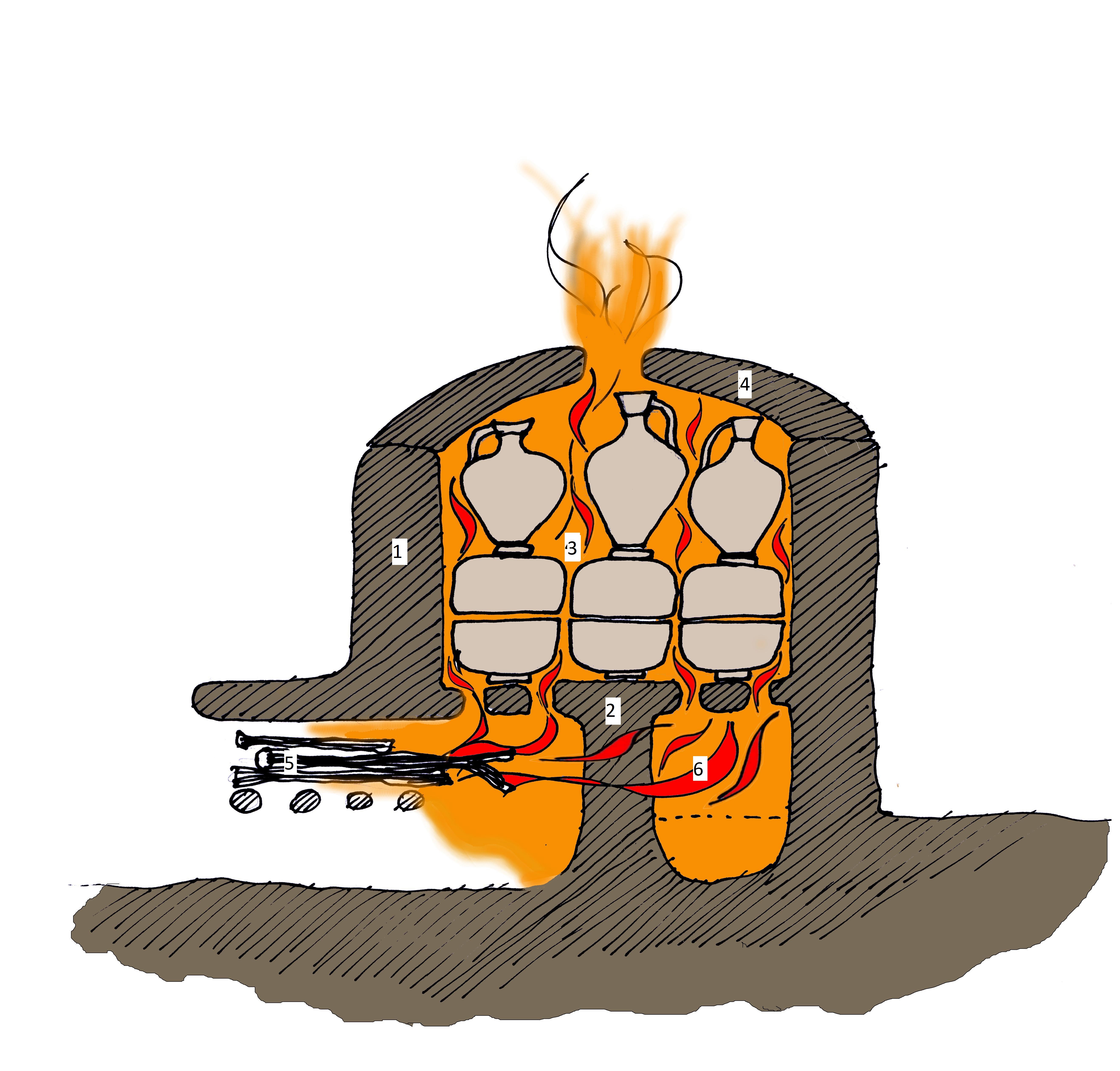 The body of the kiln itself (1) is constructed entirely from a mixture of materials found on site, Clay, Earth and plant matter such as straw. The internal kiln chamber floor and central support, (2 & see below) also known as Kiln Furniture, are made from specially selected clay which will survive repeated exposure to high temperatures. 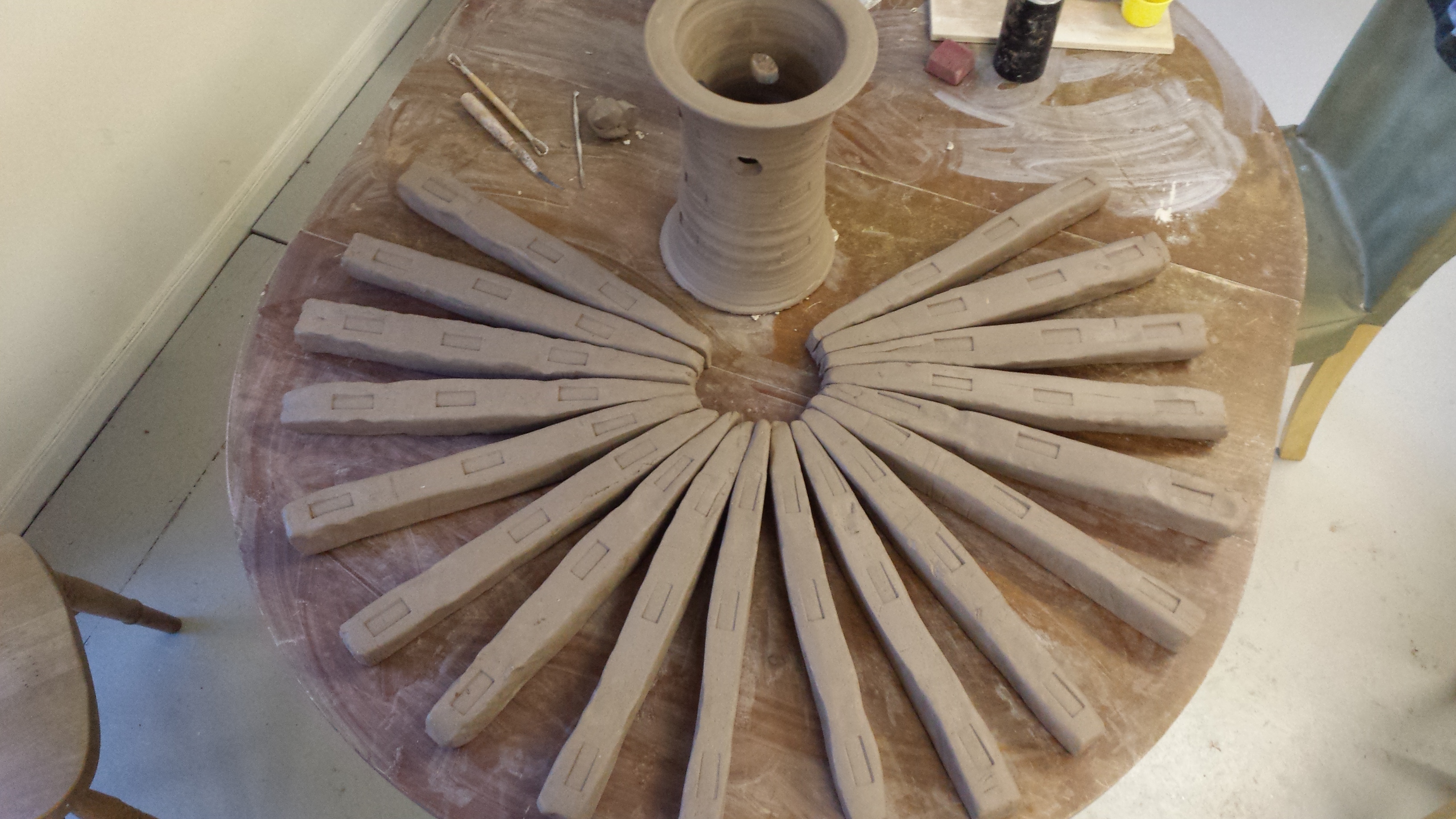 While the kiln is cold, dry, raw pots are packed into the Ware Chamber (3) and the top of the kiln is closed off with a temporary dome of clay and straw (4), 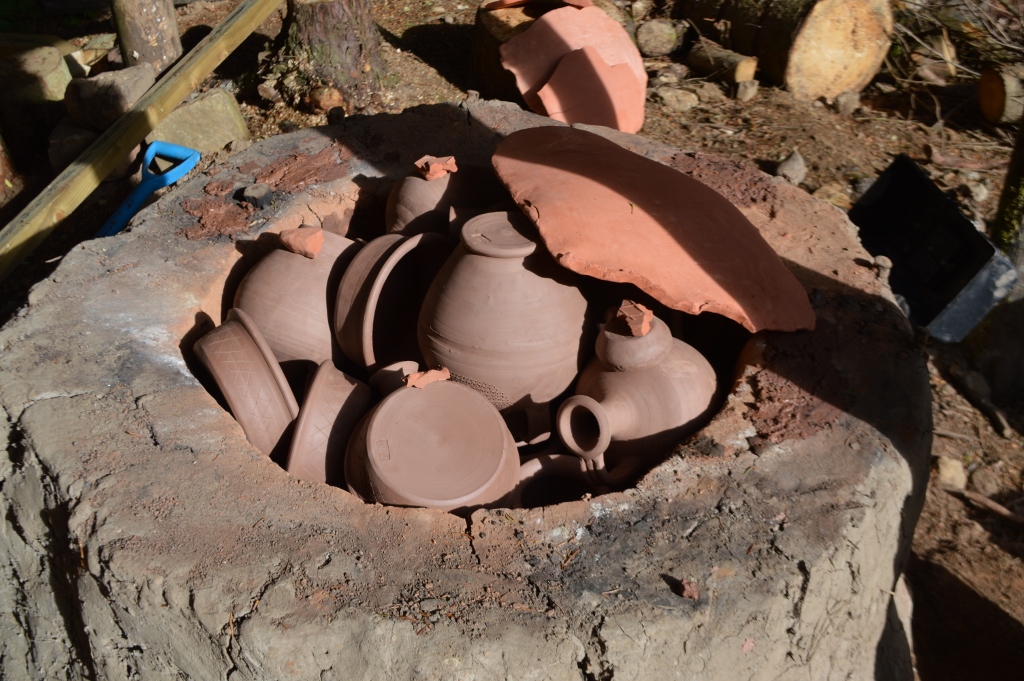 leaving small holes as exit flues. A small fire is then lit in the Fire Box (5) allowing hot gasses and flames to pass through into the combustion chamber (6) then up through the ware chamber. Starting slowly and steadily building up the fire the the pots are brought up to a temperature of between 800 and 1000 degrees Centigrade. 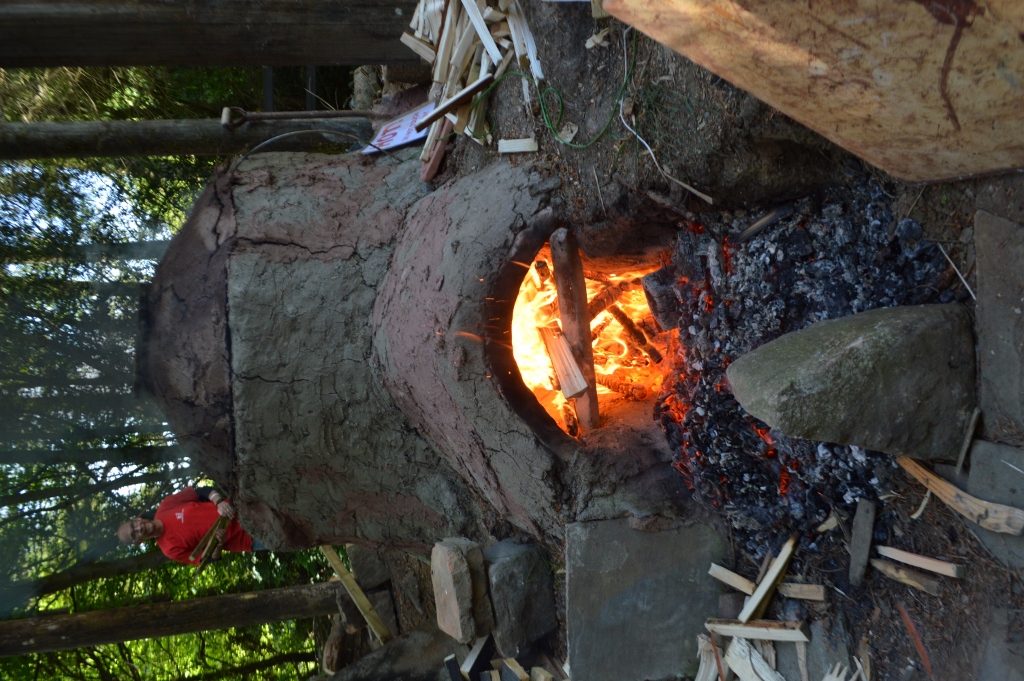 The first firing took many hours of constant stoking as we not only needed to fire the pots, but to dry out the structure of the kiln itself. Nevertheless we achieved a temperature of between 700 & 800 degrees Centigrade, hot enough to fire the kiln load which included two amphorae. In subsequent firings we have always topped 900 C in six to eight hours, and on one occasion measured 1100 C at the bottom of the pack. 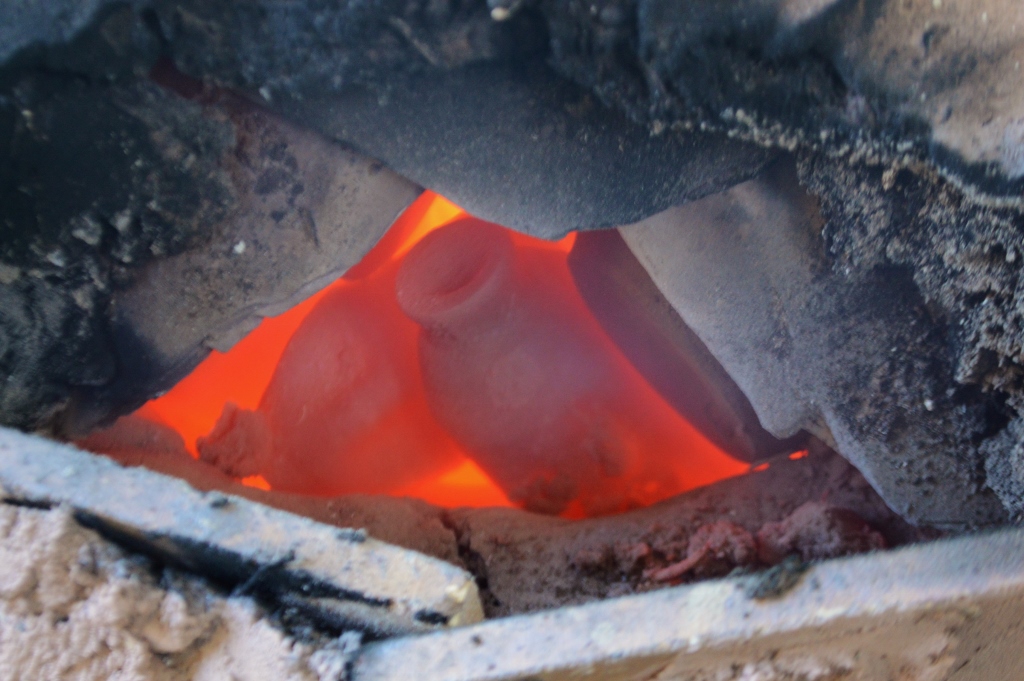 We have fired it to achieve both oxidised firings and heavily reduced black and grey ware firings, on every occasion with a loss rate of well below 5%. 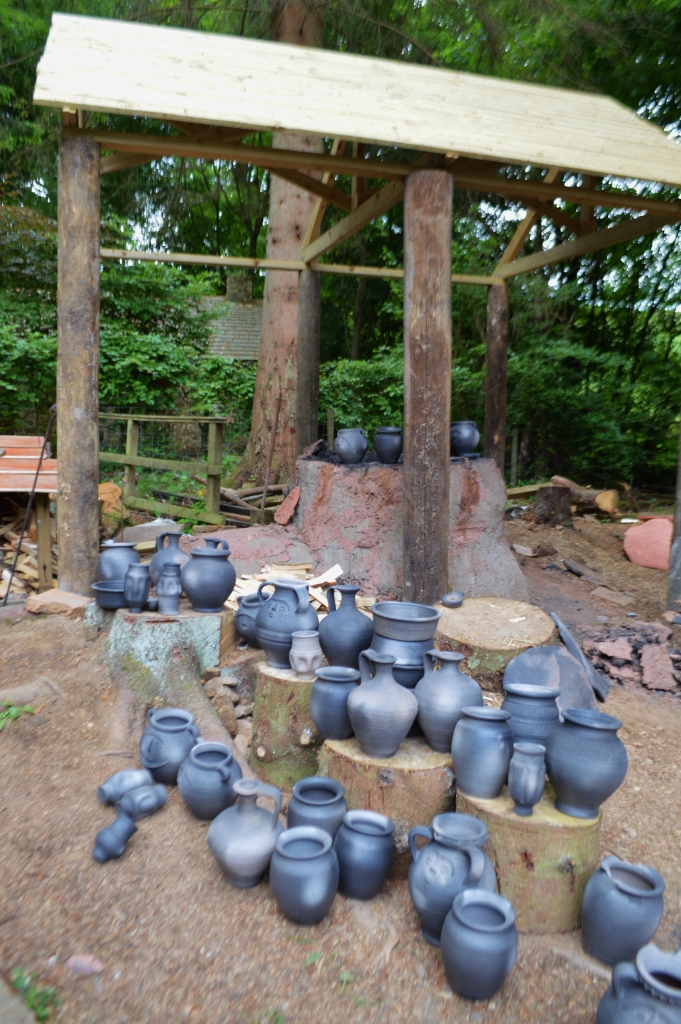 This type of kiln would have been used by potters working in this region, to manufacture coarse wares such as Black Burnished Ware and Gray Ware cooking pots, indented bakers, plates, bowls, flagons and the like. While fine wares such as Samian Ware, Terra Sigillata and the Aphorae that carried produce around the empire, would have been imported from production sites in Gaul and elsewhere in the Roman World.

Vindolanda is waking up again after it's enforced COVID-19 SLEEP and we are aiming to resume running regular hands-on, Roman pottery workshops there as soon as it's safe to do so.  Where you will be able to learn the techniques and skills that went into making the ceramics of the Roman Empire. Workshops and courses will include: Kiln Building & Firing; Samian Ware; Barbotine Ware; Black Burnished Ware; Lamps & Goddesses; The Potters' Wheel, Roman Head Pots. For more information on these workshops, follow me on Twitter @PottedHistory or email me [email protected] 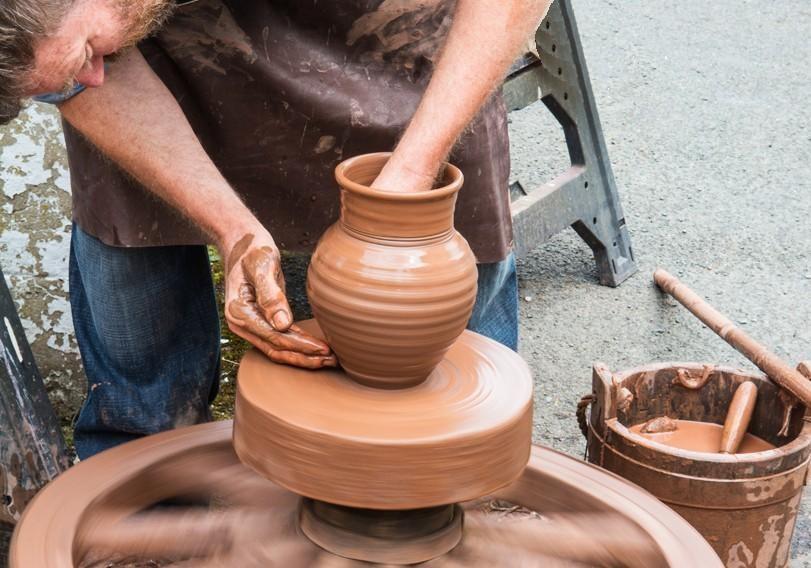 Join our mailing list today to keep up to date with the latest courses, memberships and offers.  We can't wait to share our knowledge with you.